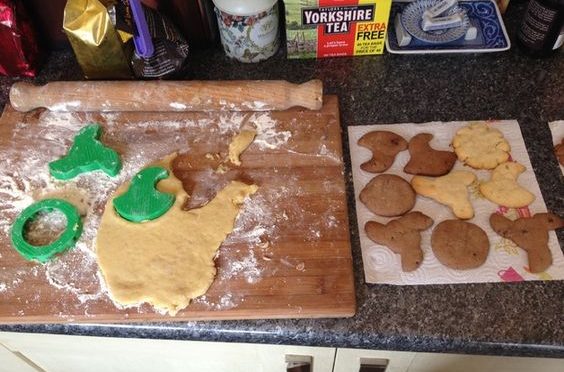 The York Open Eco Homes (YOEH) event (part of the national Green Open Home network) was popular, and hopefully has helped many people think of things that they can do to make their homes cosier, cheaper to run and “greener”. It was several months ago now but we’re spinning out a cool quarterly series of talks and workshops from it starting with talk from a local architects (Native Architects) on building low energy healthy homes. It should be a good evening from a firm that has delivered lower energy footprint schools, village halls, and artist studios to name a few.

As for us, we enjoyed being a host home and I remain staggered by the feedback and attendance. We did not expect over 40 people, the level of interest in our project and certainly not people arriving before the allotted time (teaches us to enthusiastically put the balloons out early!). It was exciting to see so many people thinking about trying to do small measures and being interested in the larger choices. Over 300 people attended the event in York and over 40 popped by by our place. There was a lot of feedback from people that were going to try some the ideas they’d seen on their own house/flat/rental. On top of that the prize of the event, to encourage return of feedback, was a whole house energy audit (worth £250!) kindly donated by Yorkshire Energy Partnership (YEP). Hopefully has helped the lady who won it start saving money…

Who came? What did people ask? Or want to see? FAQs?

The event was attended by a real mix of people including: families who’d been living somewhere for a while, young couples about to buy, people in rental houses and flats, and people already considering a renovation project.

We put a lot of love into our ecorenovation & it’s a always joy when people who are also frustrated by how under performing houses typically are in the UK  are starting to explore the options to circumvent waste in energy and money. The main questions were first about the cookies then split by major and minor changes. Often people were interested in things I’ve done little blog articles on before including the floor insulation, chimney balloon, draught proofing, lifestyle, PV panels, and energy monitoring.

One of the most common phrases about PVs we heard was that people had “… seen them about, but not thought about putting them on my roof…”. A lot of questions were about cost. Generically when we got ours installed the typical quote for a stardard single roof  was £4k for 4kW (which is still often advertised, e.g. by ecoexperts) with prices increasing from that point. I asked the local company (Solarwall) for the current price range for a low and high end 4kW installation and they said £5.5-6k, which is inline with quotes we got a while back.

As i’ve blog about before, our panels are great and are producing more that we consume in electricity terms and even managed in energy terms last year according to our energy provider’s estimates.

I like data. Graphs, pretty graphics, and anything that conveys information better that words ever could. I was so happy when the guys @openenergymonitor managed to get an updated version of their open source energy monitoring system (EmonPi) to me prior to the event even though it had only just finished kickstartiing. I had previously made the system (EmonTx) for ~£100 + (~£50 extras) and made it during an evening in.

Since building my original system, I’ve become aware of housing groups etc buying sensors systems in excess of £2-3k. This is upsetting. I use open source humidity and temperature monitors (EmonTH), that cost me ~£30. These give me a heads up into how the house is doing in energy terms and whether I need to be worried about damp issues.

There were a lot of questions about lifestyle and about the effort involved in “going green”.

Transport was a particular question point as people were interested in how we managed without a car. The answer to that is really we have tens of vehicles, including vans, electrics, hybrid and along with the usual set from citycarclub. Bicycles are our main transport and we use trains often too.

One biggest messages I tried to get across was that the simplest wins are often through changing little things so that the “green” choice is easier. I think a good example of this is recycling. I have lived places not long ago where throwing the majority of your waste into a hole in the ground is the only option (north Manchester, 2012) and had to make extra effort to not be wasteful. It shouldn’t be that way. For the vast majority of things that come through our homes, it is energetically worth while to recycle (e.g. glass, paper, most plastic, tetrapak… etc ). Food waste can be converted to energy or at least food and pretty plants through composting (community composting can exist for the many of us without gardens ) or anaerobic digestion to create energy with an end product of fertiliser.

FAQs – Other cheap and big things you did

A large amount of energy and money saving is possible from cheap tech. e.g.

Some other larger changes

For a bit of fun we thought we’d make 3D printed cookie cutters for the event, which raised a surprising about of interest. For if anyone else wanted to give them a try we put them up on thingiverse where they have garnered (as of August 2015) ~300 views and ~60 downloads! I’d love to see photos of anyone else’s 3D print of them…

Since posting on micro-scale renewable investing and our PV install two companies I recommended have started doing “kick backs” (Trillion Fund & OnePlanetSolar). Since I recommended them prior to this happening, it is entirely reasonable to say my endorsements are uneffected. To gain a “kick back” people would have to state it was littleecoterrace that recommended them, and in the case of Trillion Fund this would be £50 each. Trillion Fund & OnePlanetSolar are both incredible companies and I stand by my recommendations and leave up to you whether you want to say littleecoterrace is who suggested them to you. We’re more interested in seeing the propagation of renewables so any money we do receive through this, we shall donate to an environmental charity.

Where from here? An event next year?

The event was a massive event on numbers as talked about by the organisers (St Nick’s) press release. As for us, we would happily get involved again and it looks like I might hopefully be more involved next year. I would sort out some more demos of how the tech works we have used works, and hopefully finished outstanding tasks (like relaying the yard with the tiles we took up).

The enthusiasm of hosts has lead to a spin out quarterly series of open talks and workshops in York for people interested in make their homes cheaper to run, more energy effecient and sustainable. The inaugural talk will be from Native Architects at the environment centre (St Nicks). They have been involved in lots of cool projects aswell as being part of a fantastic proposal to tackle the affordable housing crisis in York by creating a co-housing group (YorSpace) within York Central.

As for non Yorkshire people, in the UK there is a rolling calendar of GreenOpenHome and SuperHome (>60 % CO2 saving) events. So, chances are there will be an open home nearby at some point to see what people have done, what worked and didn’t, & maybe what might work for you.

As for me, I’ve been very busy over the last few weeks so I’ve not been posting blogs. I’ve got drafts on eco product shopping, energy and retrofitting events so I’ll be aiming to post those back towards my original once a month aim…